Simon Rogers’s AM SKATER is a horizontal scroll type action game, where the player is a skateboarder who jumps over obstacles with that most essential of cool skater moves, the “Ollie”. 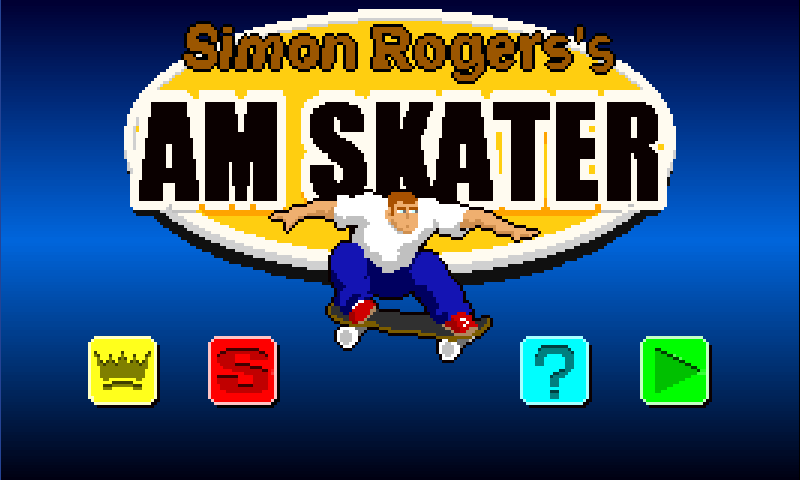 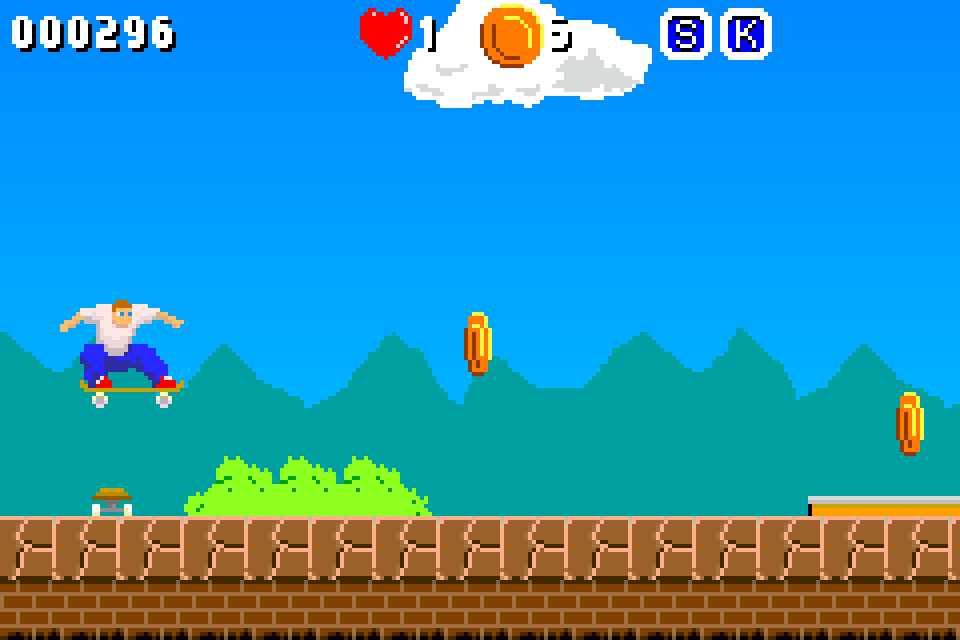 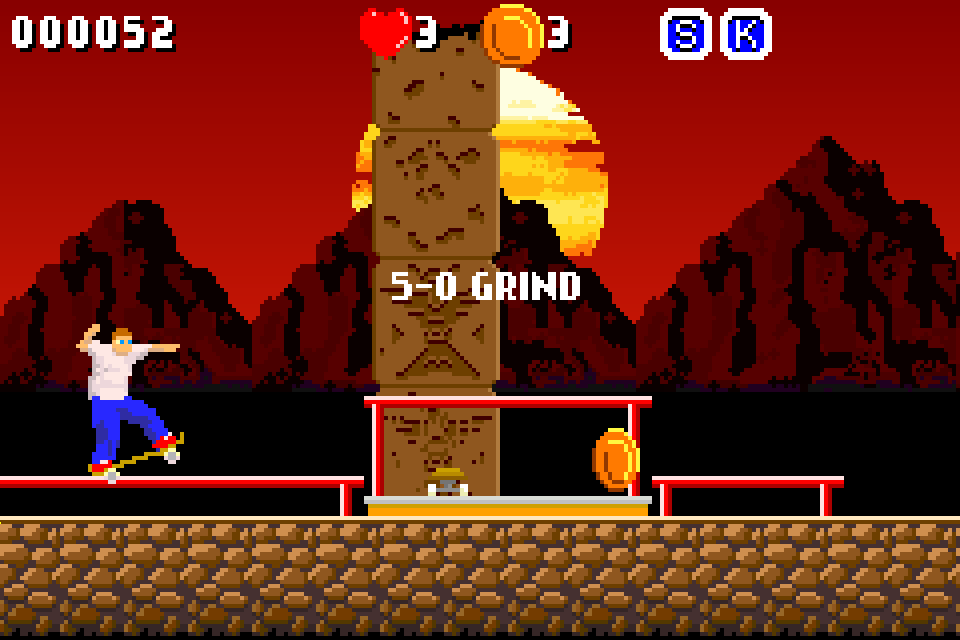 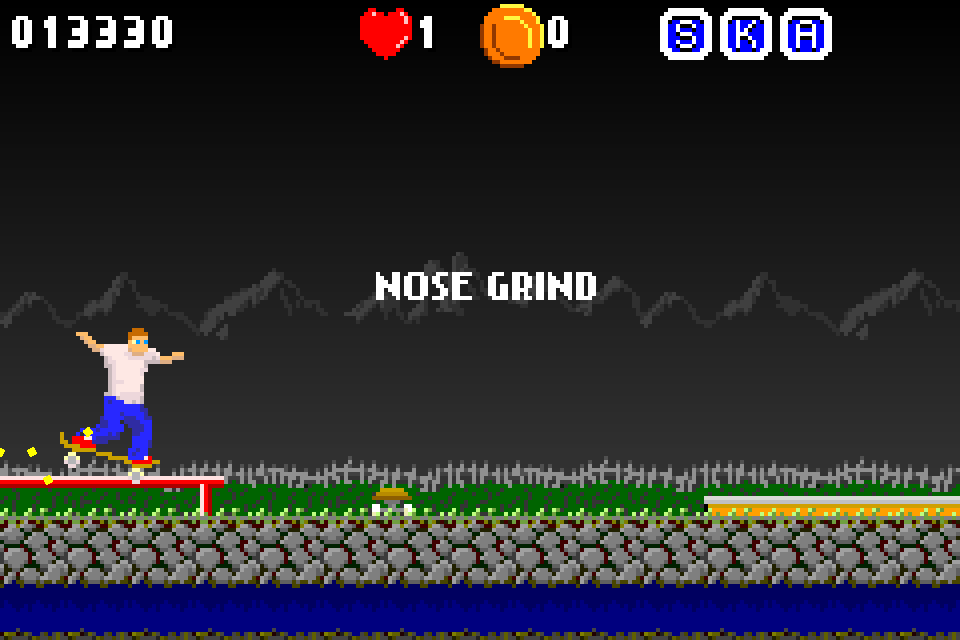 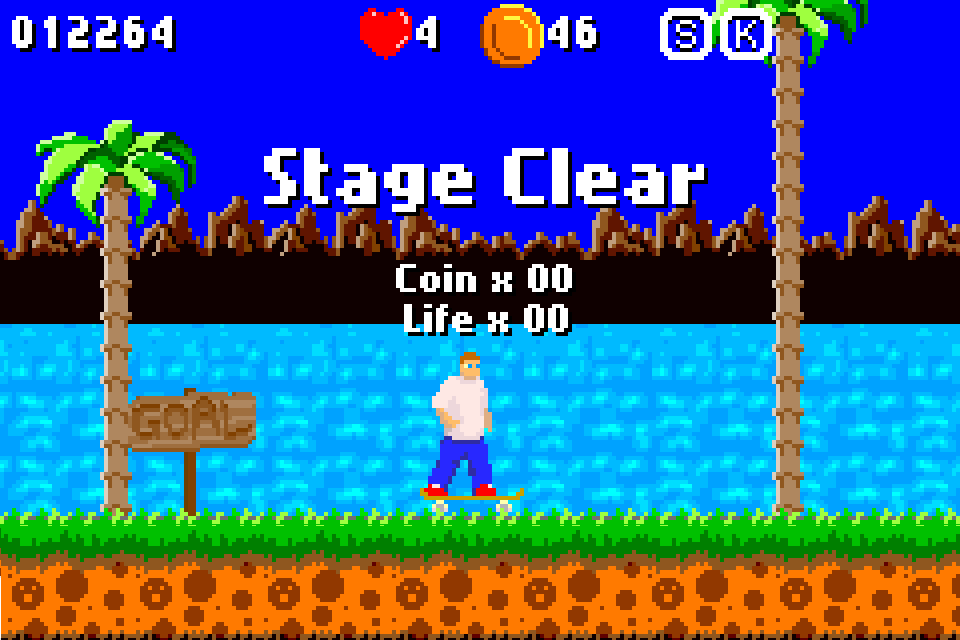 It was originally built in 2001 for Japanese feature phones, and downloaded over 1 million times so far. Moreover, AM SKATER was awarded two prizes for mobile games in Japan.

The game consists of five regular stages plus one special stage, and the player can only go on to the special stage after collecting the letters ‘S’, ‘K’, ‘A’, ‘T’, and ‘E’ on the previous five stages. By obtaining each letter, the skater gains the ability to do a new trick or improve ollie.

Players can compete high score by using GameCenter and OpenFeint.

NOTE: This app contains third party advertisements. Thank you for your understanding. 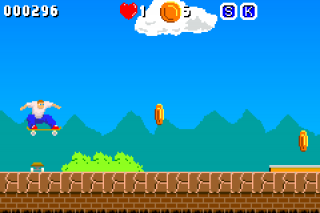